Wear it and share it – that is, your civility. It is NOT mere professionalism. It’s not just about political views; and it is possible to improve and optimize this communicative soft skill – both proactively, and when we are at differences with others, in our views and opinions.

It goes beyond the Golden Rule of treatment – as it also involves a component of challenge toward personal growth. Civility’s importance and impact is closely related to the dream of Dr. Martin Luther King, Jr., who said: 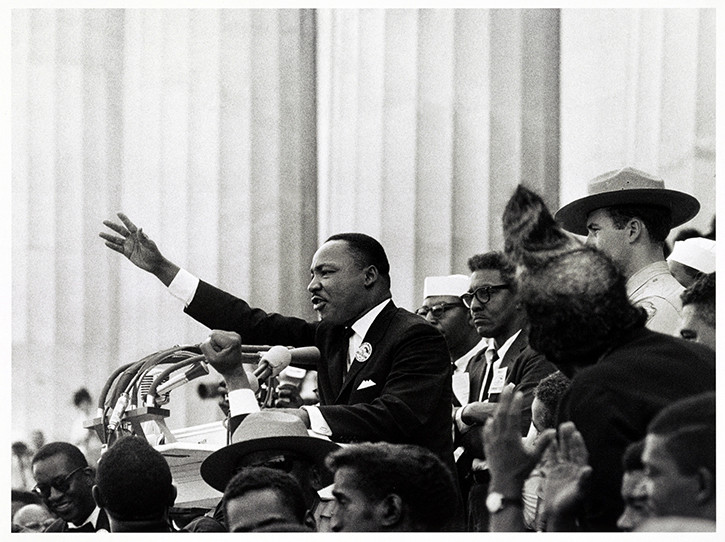 “I have a dream that my four little children will one day live in a nation where they will not be judged by the color of their skin, but  by the content  of their character.”

Let’s first give credit to King and this verbal gem – permanently secured in history for improving racial equality. A challenge, which though improved since that time – still has improvements to be made.

Separately…let’s parse out the ‘content of character’ portion of those strong words.

Because the last two decades have seemingly clearly led to selective amnesia on what Lincoln once dubbed ‘The Better Angels of Our Nature’. Those positive, good-hearted, and constructive acts that usurp the darker forces of human tension, fear, and hatred.

What has become all too common is how a large part of our society injects prejudice toward others with quick and demeaning cut-downs – based solely on the ‘color’ of an individual’s opinion or view. Often there is no genuine willingness to employ true listening and greater understanding of the individual. This inflexibility results in a failure to understand the value that diversity of opinion and view can bring to group dynamics, positive results, and our growth as individuals.

All too often, personal animus and bias feed into instances we read and hear name-calling, shaming, blaming, guilting, threats, bullying, and hate speech.

Such poor communicative behavior would be bad enough were it only in evolving children. But it is seen and employed by all manner of adults, religious, business & political leaders, and it is happily catalyzed and scaled up by our highly-biased, profit-driven news channels and well-followed media celebrities. Many of whom use behavioral psychology, selective images, confirmationally-biased content, and well-spun verbiage to wind our vulnerable amygdalas into a whirlwind of emotional frustration. 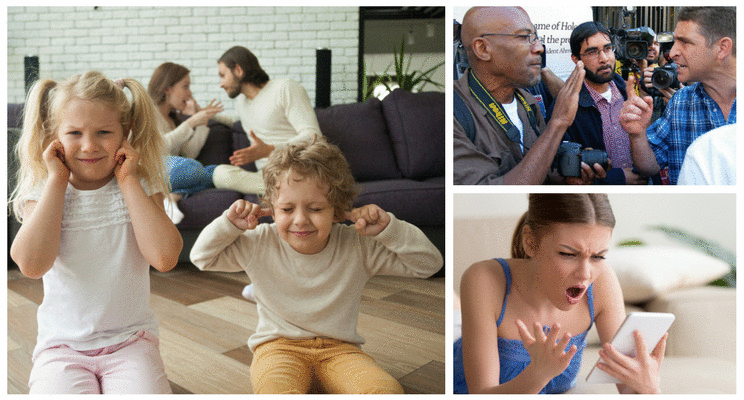 Having diverse opinions clearly helps to shape us into the people we are. If we feel strongly about these views, and they are not causing hate or harm to others, then we should feel free to challenge them, change them, compromise on them…or keep them.

But we must recognize that we are FIRST citizens sharing a society – and then individuals seeking personal gain and benefit. What’s ‘best for us’ is short-term thinking that is often gauged toward seeking acceptance and thwarting a challenge to our beliefs and convictions.

Diversity of opinion or view is not about being forced to agree or even compromise – but agreeing to treat everyone with more respect and being open to possibilities. Having an openness of mind and willingness to engage and learn, often leads to healthier verbal and physical responses as well. We may also be treated to a pleasant surprise in practicing civil discourse which allows us to further recognize commonalities between us and others, that can be used for mutual gain and pleasure.

Civility is an art and practice that bonds us in the home, schools, our communities, as well as in the workplace. Daring to engage the views and opinions of others by stepping outside of our predictable and often confirmationally-biased ‘tribes of opinion’, allows our minds to challenge and expand upon what we have come to believe and attach ourselves to. It’s been the basis for evolving thought leading to the expansion of ideas, invention, improvements, establishing entire countries, and even ending wars.

“The mind, once stretched by a new idea, never returns to its original dimensions”

INCIVILITY IN THE WORKPLACE…IT’S MORE THAN POLICY & EXPECTED BEHAVIOR

So what does all of this have to do with the workplace or work-related culture? And why the picture of all the wristbands above?

Clearly, we all recognize that people have lives outside of work. They engage in those lives with many different people, relationships and circumstances. Though physical and/or psychological environments may differ – it is the same person with the same mind.

Yet many individuals, especially with continual stress triggers in one environment or the other, are unable to keep incivility from becoming a toxic, spreading behavior. It commonly travels in both directions – from work to home – or from home to work. Often it happens without their conscious knowledge or ability to control.

Spouses, partners and kids getting used to being snapped at…because of ‘work stress’. Perhaps it’s personal issues or fighting within the marriage, relationship or family that one unknowingly brings with them to work. They, along with management may only recognize this when the impact shows itself in the form of causing poor levels of workplace listening, ineffective management and missing the mark on expected execution on normal tactics, tasks, and goals.

This is where workplace behavior policy alone falls short.

It presumes that when people come into work, that will act their best due to expected cultural norms. There is nothing wrong with this type of policy – but it may fall short of optimizing civility and the benefits that come from such engaging with this powerful soft skill.

This is why truly analyzing and embracing sustained growth of civility can help employees be more mentally and perhaps even physically healthier inside and out of the office. It creates a positive feedback loop in an individual’s intimate, familial, work-related, and even customer relationships. At times, all of these relationships involve communication on challenging subjects where views and feelings may differ between parties.

Hence, owning civility is a lot better than taking one with many emotional biases and stress, and expecting their very best from policy alone. This is where habit comes in…and why we started Walk The Ridge (more below).

Incivility in the workplace includes not only obvious berating and bullying, but can also include one or more of the following:

Incivility happens online, at home, in schools…and most definitely in the workplace. The studies on workplace incivility are very clear – and I’m more than happy to provide them to anyone for the asking.

Impacted factors include lower productivity, decreased creative input, increased health issues, lower morale, impact on customer communication, and lower employee engagement. I would also invite you to read my prior articles on incivility both HERE and HERE.

My wife and I started Walk The Ridge in January 2018, as a movement to practice greater civility. However, we recognized that just telling or convincing people to be civil and to be better listeners was not enough. This is why motivational talks, workplace policies, and even reminder emails are not sufficient – because you cannot change someone’s behavior without building habit.

So we must start small and begin with being the change we want to see on a larger scale…that is, being accountable to be civil to others though building that sustainable habit. To learn how to come up from the valleys of our tribes of opinion and meet others ‘on the ridge’. To walk together – not in trying to force change, but to better listen and understand where others are coming from…and why.

Over time, such behavior will help us become stronger and more open communicators, in person and online. Plus, it will leave strong impressions on those we interact with – by making them feel valued…even if we don’t change our views or opinions to match theirs. However, civil discourse does often lead to positive compromises and opportunities to learn and grow – for personal and business benefit.

We chose the movement’s logo largely from the message we crafted into it. That logo was put onto a wearable band, which also carries the written motto: I SEE YOU · I HEAR YOU · I RESPECT YOU 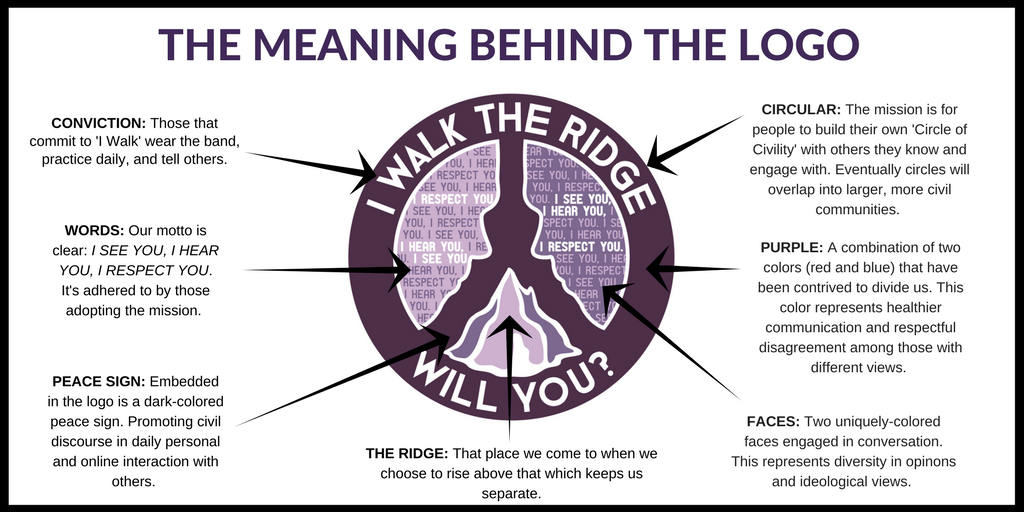 Wearing the band promotes and establishes a public accountability that helps us in Walking the Ridge – or acting with a greater civility toward others. Being worn continually establishes one to establish a habit loop – involving a cure, routine, and a reward.

As author Charles Duhigg points out in The Power of Habit, this helps establish the ‘Golden Rule of Change’ – in stopping addictive habits and replacing them with new ones. Clearly, how we commonly interact and communicate with others – especially that we decide are on an opposing side to ours, often manifests as a habit loop and established neurological pattern.

Another positive we’ve found is that wearing the band (with its colorful logo) allows it to be noticed. At this time, the wearer is given the opportunity to be reminded and proclaim further accountability through a teachable and shareable moment to others. 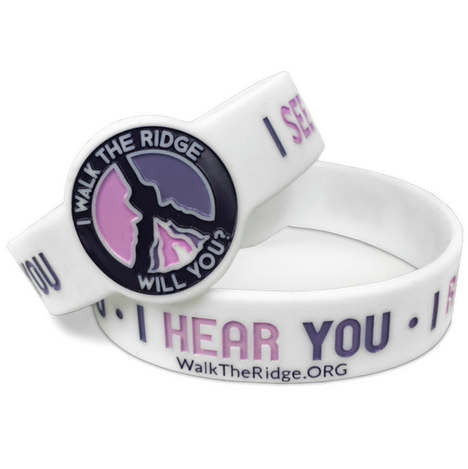 The band is best shared in the workplace, when combined with leadership buy-in, creating self-monitoring techniques, examining current management styles, providing proper outlets for stress management, tips and training on civility, as well as including civility in hiring, feedback and job review functions.

We’ve been so pleased in the numbers of people who have not only joined the Walk The Ridge movement, but who have ordered and gifted the ‘reminder bands’.

They recognize that building greater civility pays off in company benefits, as well as strengthening personal habits of healthier communication that keep employees stronger when facing both stress triggers and purposely-inciting content outside of the office.

Some of those who wear and share the band have written us back:

“Since wearing it, I find myself ‘arguing’ less with others online” (Gia C., Austin, TX)

“A lot of people are wearing them at work. I’ve noticed a difference in meetings…thanks!” (Ed F., Chicago, IL)

It’s not only become a challenging and polarized business world – but a more uncivil society. People must come to realize the responsibility they have, and the impact they create when they interact with others in a healthy vs. unhealthy manner. Perhaps if we had better leadership and role models we could emulate, it would provide for better societal integration on many other levels.

We have much more in common with others than we may initially realize, and peeling back those layers, through proper civility employed in our behavior and communication with others, will help us to better see people for who they really are – instead of initially judging them from the differences on the surface.