“Be civil to all…sociable to many…familiar with a few…friends to some…and an enemy to none.”

‘Founding Father’ Ben nailed it. Because back in ‘his day’ our leaders and country’s newly-minted citizens most definitely held strong opinions and views.

The difference was that unlike today, they behaved with far greater civility and courtesy to one another. One reflects upon a more refined period of social engagement donned with proper ‘ladies and gentlemen’. In fact, President Washington made his views known by penning “Rules of Civility and Decent Behavior in Company and Conversation.”

Today, we all know about, have experienced, and perhaps given our share of incivility in communication. It’s rampant in homes, at schools, in the workplace, seen in our local and national political leaders, and certainly thrives strong in so much online content and social media engagement.

Check this – a late 2017 poll from Weber Shandwick notes 95% of all Americans clearly believe that lack of civility is a problem. Well my friends…I’d like to frame the costs and impact a big more clearly. So please take a look at the statistics shown below, through this infographic:

For now, let’s focus on the workplace.

Incivility is NOT typically recognized at the same threat level of litigiousness – as that of harassment or discrimination. It’s rarely screened for in interviewees, trained for in new hires, reported on and managed in existing employees; and its numerous ‘sharply-tongued’ paper cuts can slowly and quietly lead into well-covered personal and company-centered animosity, which impacts productivity and bottom lines results.

So how common is workplace incivility?

In 2016, 62% of workers reported being treated rude at least once monthly. But the impact may linger on, as even a single incident in the workplace has been shown to cause some employees to spent copious amounts of work time both thinking about the incident, and purposely avoiding the offender.

“[With human beings] we are dealing with creatures of emotion… creatures bristling with prejudices and motivated by pride and vanity.” 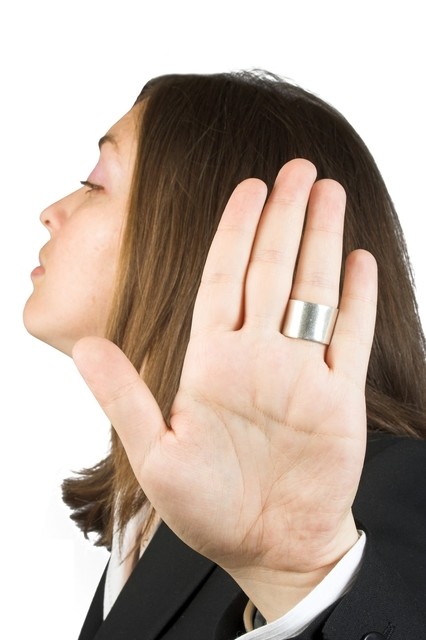 And our behavior often becomes an instinctive and habitually-developed follow-through activity stemming from our emotions.

So while incivility to others is certainly a learned and practiced habit by many – it often cannot be controlled or changed in a dependable fashion, merely by telling or convincing someone to do so.

The problem is that incivility, being so incredibly common and accepted as a normal part of how we engage with one another… becomes a learned, habitual, often-practiced, accepted, and infectious behavior…

Think about and consider this carefully…

Within many environments of our society, we as a people have let ourselves fall into ‘valleys of opinion’ that often keep us ‘inflexible’ to others having different opinions or views.

We step into the shadows of pre-judging, shaming, blaming, name-calling, and guilting others…merely because they think differently than we do.

When major ‘tribes’ of thought or opinion fail to actively listen, stay unwillingly ignorant of different viewpoints and their rationale – it ultimately limits our ability to grow as individuals and a society.

CONSUMERISM – A CATALYST FOR INCIVILITY

Incivility has always been a part of this world; and despite the development of strong, legal framework in many modern countries, it’s led to some pretty nasty results. From bondage, slavery, wars, all types of malice and crime against our fellow humans, as well as murder and genocide.

But when we speak about communicative incivility at home, work, in schools and online – one of the chief causes is how we’re increasingly seeing ourselves (and the media is positioning Americans) less as ‘citizens’ and more as ‘consumers’.

So let’s take the term citizen – it dates back to the 1300s; and described the inhabitant of a city. By 1610, it came to mean a person who has rights in…and responsibilities to a society.

The term consumer arose in the 1400s – and back then it meant someone who wastes or squanders things. Eventually by 1745 it took on the economic meaning of one who uses goods and services.

Michael Munger, director of the Philosophy, Politics and Economics Program at Duke University’s political science department, notes that in according to Google Books’ Ngram Viewer, the word “consumer” seldom appeared in print until about 1900. But since that time, it quickly and steadily rose until it passed up “citizen” in frequency in the late 1950’s.

Today it is used about three times as often.

This isn’t just semantics. The words we use have an impact on how we live.

A 2012 study published in the journal Psychological Science found that our choice of words may exert an influence on how we see ourselves. In one part of the study, people who answered a “consumer response survey” tended to express more materialistic, self-centered values than those who answered a “citizen” survey.

It was the same exact survey – with just a single word of difference.

‘Citizen’ (and citizenry as a collective group) denotes individuals behaving with both a responsibility to themselves and each other – thus creating a healthy society. While the term ‘consumer’ is not a bad word – it’s a transactional word; and one that denotes more individualistic thoughts and wants.

The consumerism labeling of our existence even rears itself in politics. Guest lecturer Dr. Jathan Sadowski remarked recently in an interview:

“This consumer vs. citizen language is often used when analysts and pundits talk about elections: voters are just consumers with preferences, and the election is a marketplace of products to choose from”

To the extent that the role of citizen and consumer has merged, it makes it tougher for people to come together and solve society’s biggest challenges. It also makes us think more about what’s best FOR US – which includes a strong control over what making ourselves right over other people and their diverse views and opinions.